–        There were two big tournaments last weekend, the Gem City Open and the Chicago Open.  Although most of you went to Gem City, we did have about 4 people head up to Chicago for the weekend.  From the responses that I got back from my previous email, the big money winners from Gem City were:

–        CCL students are starting to raise the bar by scoring well against internationally titled players.  Walker drew two grandmasters and beat an IM at the Chicago Open, popping up to 2323.  Annorjan drew a grandmaster at Gem City in a game that he came very close to winning.

Luke, Annorjan, and Maggie will also be competing in the 2nd Annual Online National Invitational Chess Championship will be held from June 14th-17th, 2013 on Chess.com.  Luke will be in China during this tournament but still chose to compete since it is online.  However, his games will be very late at night.  Interestingly, 25% of the U-12 section is from CCL.

Founded and organized in June of 2012, last year’s event was the first ever online National Chess Championship approved by the United States Chess Federation.

This year’s event looks to surpass the first in both participation and prizes. Thirty-two of the nation’s best and brightest youth players have already accepted their invitations to play and thousands of dollars in prizes, designed to go specifically towards private instruction / lessons for the kids, are being donated by Chess.com LLC.

Click here for the full press release regarding this exciting event. 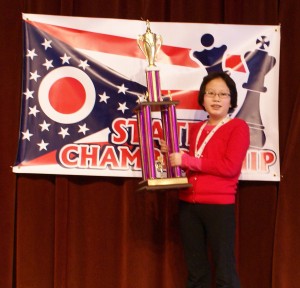 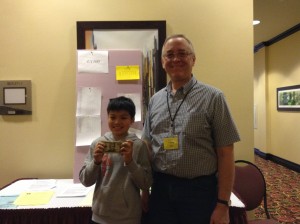 He was a point ahead of the field going into the last round, when he yielded his only draw.  Also in that section, Philip tied for 3rd place with a 3.5 score, taking home $82.50.  Cashing in on some of the U-1500 money was Shourjya, taking home $50 for the upset prize (267 point difference). 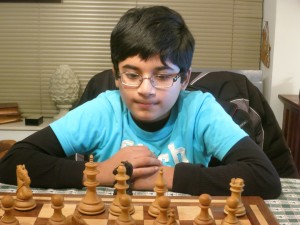 That score was good for a two way tie for 1st place.  A very impressive performance.

Our 25+ point winners at the Cardinal were: