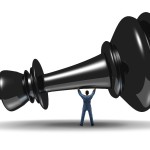 One of the biggest accomplishments that many chess players hope to achieve is to become a USCF Chess Master. Recently one more CCL member climbed to the top of this huge mountain, which takes an exceptional amount of hard work and commitment. CCL is very proud of:

Sam drove his rating over 2200 and became a National Master by tying for 2nd place in the U-2200 section of the Chicago Class Championships.

His parents report:
Sam is a rising sophomore who has been playing chess since he was seven years old.  Reaching the master level was a primary goal of his and Coach Goran.  Goran was his primary coach for years and provided great support and encouragement.  Sam is very thankful to Coach Alan and Coach Atanas, who have helped him with his game over the past year.