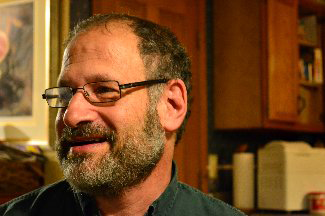 Alan is the program director and a coach at CCL. He has been playing tournament chess since he was a teenager.  When in high school, he was ranked among the top 25 high school players in the country.  While in college, he became a published chess author.  Since coming to Ohio, he has won many of the major city championships. Most of his adult life he has had a chess Masters rating. He has over 25 years experience running chess clubs and he has been giving chess lessons for over 30 years.  His current focus with chess is directed toward improving the skills of the next generation of chess players. 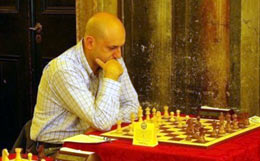 Atanas is an IM from Macedonia who also has one of his GM norms. Atanas is the former Macedonia National Champion. He is an accomplished chess player who is also well known for his his theoretical base and his theoretical knowledge of the openings. He is an extremely hard worker who has a very professional approach to chess. I have received many personal and strong GM recommendations on Atanas of which some of these GM’s use him as their second when they compete in matches. His deep understanding of chess is well respected in chess circles. Below is a short recent sample from the list of many accomplishments that he has sent me. 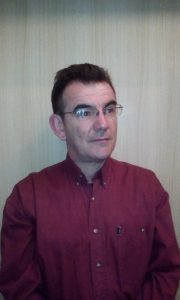 Zoran is an IM (almost GM) from Serbia. 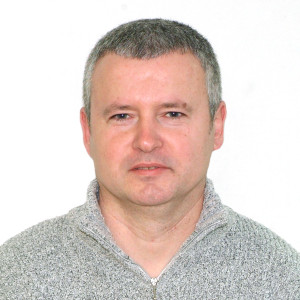 In possession of the three norms of Grandmaster, in need of a higher rating for the biggest title.

Playing/coaching activities:
– Very successful and experienced as a trainer.
– Current perennial and successful selector and national coach of Serbian youth chess team in all categories (under 20).
– Always present at World and European championships as well as the Olympiad and Balkaniad, couching the children towards very good results; e.g. second place in the World’s youth championship under 8-under 18 (under 14 Milan Zajic in Dubai 2013.) and the first place in Balkaniad 1012. with the youth team (under 16).
– Repeatedly helped the strong grandmaster Ivan Ivanisevic (First board Senior Serbian Team) in preparation for the duels with the world’s strongest players.
– A perennial coach in Serbia for students who have leading roles (countless first places in youth categories up to 20).

Sasa Jevtic from Serbia is Master of Science in Computational Engineering. He is married to Jelena and a father of two great kids, Miloš (2002) and Milica (2006). He speaks fluent English and has a basic knowledge of the German language. 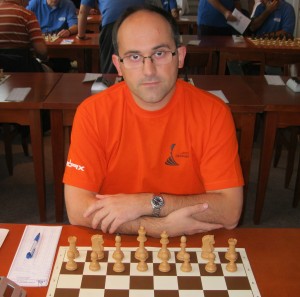 Chess has been his passion from the early ages. Due to many educational obligations, he never had enough time to seriously work on his improvement as a player. Anyway he has received the FM title in 2009. and has earned 2 IM norms.

Except being a chess player he is also very active in all chess fields as chess coach, chess arbiter and chess organizer. He is one of only few persons in a world holding international FIDE titles in all 4 fields (as a player, trainer, arbiter and organizer). He is a holder of the following titles:
-FM (FIDE master),
-FT (FIDE Trainer),
-IA (International Arbiter) and
-IO (International Organizer).

He has organized many local and international tournaments. The most known event is traditional Chess Festival called “Sport Summer” in Paracin, Serbia. Nowadays, this Chess Festival is the most important chess event in Serbia and one of the best in the region. More details are available at official web site www.paracinchess.rs

As a Chess Coach, Sasa is very experienced. Although he is specialist for endgames, he can teach students all aspects of the game. He made many successes in all categories with students of a famous chess school in Youth Chess Club “Paracin” in Serbia. Back in 2004. he began working as an online chess coach and he had many satisfied students worldwide. He worked as a chess coach at different chess camps and workshops for kids and adults in USA, mostly in Missouri, (St. Louis and Kansas City). He was honored to be the first professional chess coach who hosted public chess events at, nowadays, the most famous chess club in the world: St. Louis Chess Club and Scholastic Center in St. Louis, Missouri. He also has experience of assisting and preparing young players during big international tournaments (World Youth and Cadet Championship 2015, Porto Carras, Greece).

Vladimir is the brother of CCL coach, Atanas.  He is also a Graduate Professor of History. 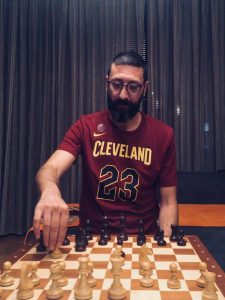 He is a trainer in one of the best organized chess schools in Macedonia as well as the coach of the youth team chess club Gambit-Asseco SEE, which  has been a full participant in the European Club Cup for the past 5 years.

Highly respected in the Macedonia chess community, Vladimir’s work is mainly focused on the development of youth chess. He is a committed and hard working individual and most importantly, he loves chess.

Jelena is coach in our Pre-CCL program. She is the wife of ICL coach, Zoran.  She also has an advanced degree in Economics. 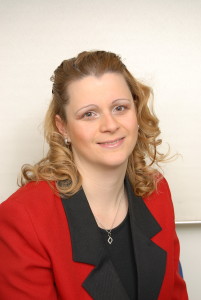 – Introduced to the world of chess from the childhood.
– A member of many Serbian, Bosnian and Montenegrin Chess Clubs which accomplished significant results.
– Perennial member of the first league teams and a chess trainer for young categories in the same teams.