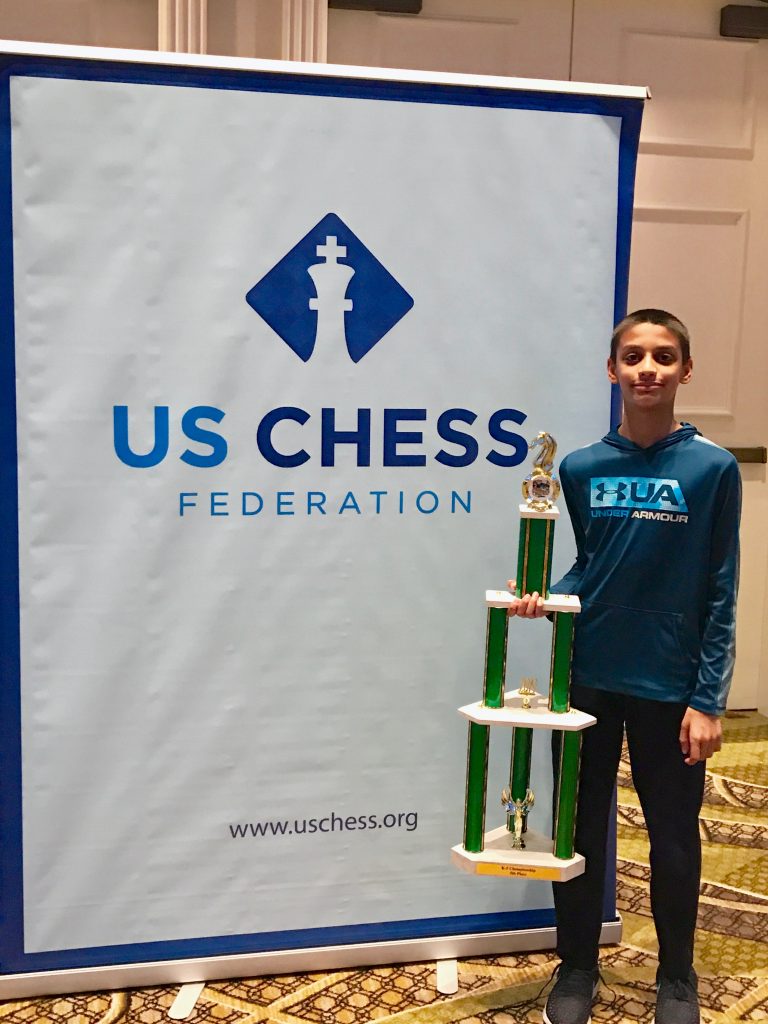 Rohan had a great tournament. He finished with 6/7 points and tied for second in K-5 National Elementary Chess Championship being held at Nashville, TN from May 10-12.  175 kids from schools all over the country participated in his section. His only loss came in the 4th round to the eventual winner, Cooper Ho from NY, who finished in clear first place with a score of 6.5/7. This is Rohan’s best performance at the Nationals to date. He played on the top 4 boards for 3 of his 7 games. These games were telecast live over the internet.

Another great result in this section was achieved by Druvin Mutalam,  Druvin tied for 12th place with a 5-2 score and brought his rating from 1272 to 1505.  Druvin has done amazing over the past 6 months, raising his rating 550 points over that time!