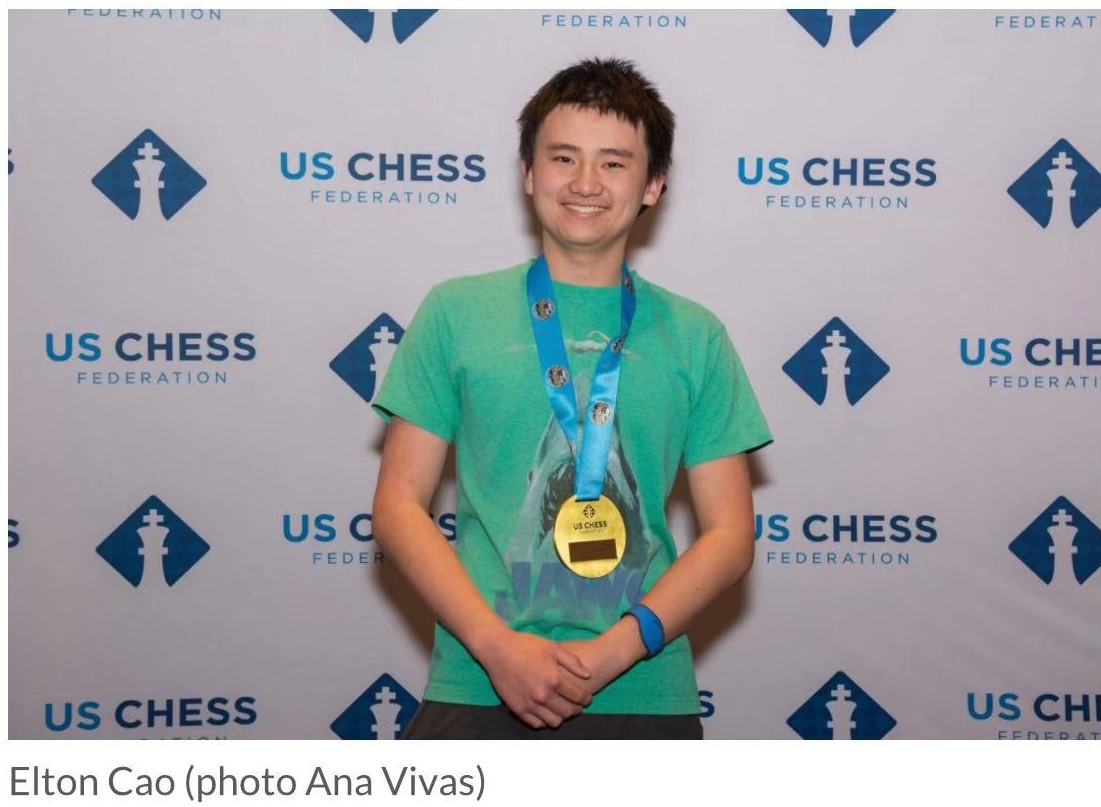 Elton came in clear 1st place in the 10th grade section of the 2019 National Grade Level Championships.  This has been an amazing year for Elton, adding to this result, he won the State of Ohio (adult) Championship and the National Junior U-15 Championship. 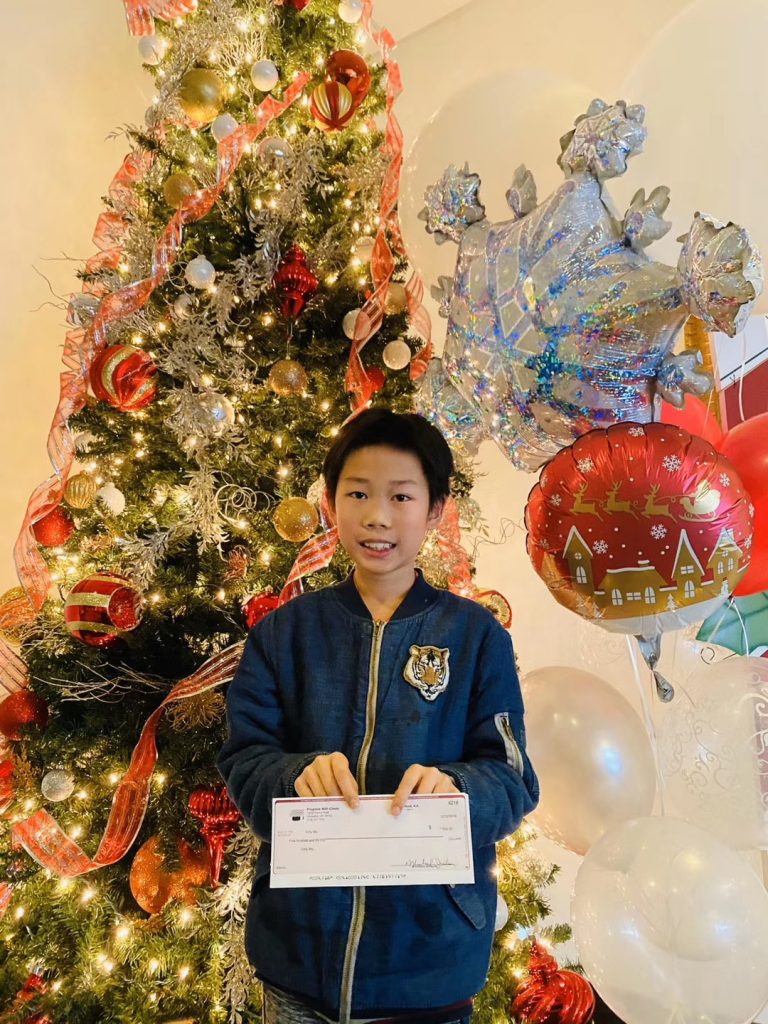 For a very long time we have won most of the grades at the Ohio Grade Levels.  This year was not an exception, with CCL  winning 7 of the grades.  It was an exciting event with many ups and downs.  The grade levels were at a nice facility this year and we had a great CCL room.  Although we had many top 5 finishes, I am only going to list our Grade Level Champions below. Complete results are at https://www.chesscincinnati.com/wp-content/uploads/Grade-Level-Individual-and-Team-Standings.pdf.

Some pictures from the event are in the slideshow below.

Until the endgame, rarely all the forces take part to the various local battles on the chess
board. So, at some moment we may have active pieces and pieces that do not take part to
the respective actions. But this classification of active versus non-active pieces should be
conditioned as there are situations when the non-active pieces can enter the fight – this is
often spectacular and can be even decisive.

By setting a “barricade” one of the players wants to defend his position against an attack
toward his king, on one of the flanks, block an opponent free pawn and so on.
In fact, in almost any game, the players set up various barricades against opponent’s
active actions. We will see that in adequate circumstances even a barricade that looks
impenetrable can be destroyed or nullified.

A typical blocked pawn structure arises after the Old Indian Defense and some variations
of the King’s Indian and it is known as the “feather” structure.

The principle of the second weakness Expand

The theory about the play in endgames is often divided into several parts. Theoretical endgames are fundamental for our knowledge, because we need to memorize many different positions and understand them. The number of that kind of endgames is growing day after day. Without that basic knowledge we cannot play good in endgames.
Practical endgames are the second area, where it is important to understand certain positions. There are not many positions in the middlegame, that can transpose directly into a theoretical endgame. In the beginning endgames are usually complicated, but then they can be drawn into theoretical positions. But if we want to play them well, it is necessary to know some principles: these principles are especially meant for the endgames that are not theoretical. One of these principles is the principle of the second weakness, which is mentioned in every good chess book. The principle of the second weakness is one of the most important parts of realization of advantage in the endgames (Dvoretsky). The great Russian trainer described:” When the opponent is in a passive position, you have to attack different weaknesses. If you attack only one weakness, the player will be able to defend himself. It is necessary to attack other weaknesses. In most of the case we need to create the second weakness.”

There are two types of positions in chess, ones which require precise calculation, and others where you can largely rely on intuition and judgment. One of the common mistakes many players make is that they try to calculate everything, even at times when there is no need for it. By doing so, they spend a lot of time on the clock. This then cause them to end up in time trouble, which in turn results in mistakes or even blunders on the board. However, in this article, I would like to share with you some of my personal experience where actually calculation is crucial. In fact, the point is to calculate deeper and more precisely than the opponent.

Co-operation between pieces and pawns Expand

The co-operation between pieces (and pawns) can take many different forms, can be
evident or hidden, positional or tactical. Therefore, it is possible to make various
categorizations of the co-operation but this would be merely unpractical.

In fact, the only criterion to tell if there is a good harmony between pieces is the concrete
situation on the board.
The co-operation between pieces leads to even
paradoxical situations. 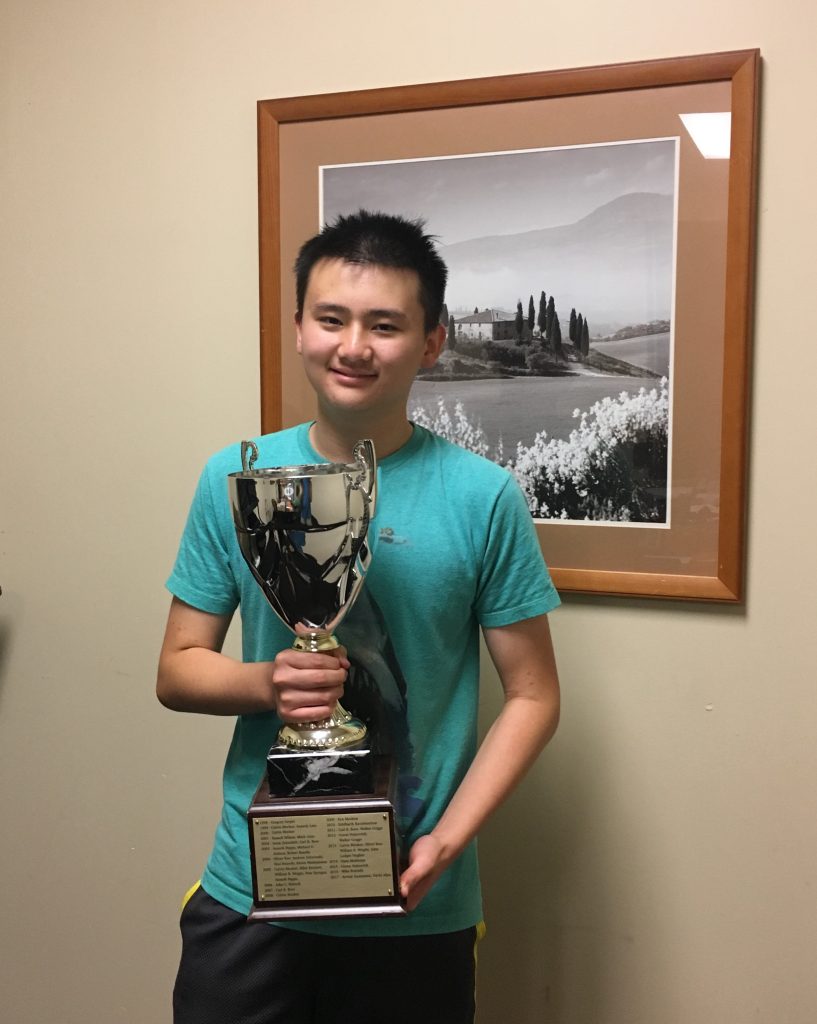 It seems like CCL has been winning everything these days.  Elton came in clear 1st place (5.5/6) in this year’s Ohio State Chess Championship (Ohio Chess Congress).  Being 15 years old, Elton may be the youngest player to ever win this event???  What is even more impressive is that last year, at 14 years of age,  he had the highest score by an Ohio resident, a requirment which was recently modified.  Go CCL!!!