For the third year in a row, a CCL student won the title of State of Ohio Chess Champion.  This year it was won by a student who is starting to come into his own as a dangerous player at ANY LEVEL, John Hughes.  There ended up being a 4-way tie with the co-champions being: John Hughes, Calvin Blocker, Bill Wright, and Oliver Koo. 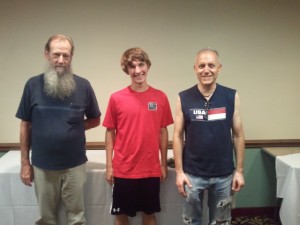 Whenever we go to these major tournaments, you represent CCL well but sometimes you really shine.  At the 2013 Ohio Chess Congress you really shined.  I am a little tired today so I am just going to lay the results down that I have (some details are unknown to me):

Dakshin – Won upset prize $50, and his opponent was upset!

The kids are taking over the world!