updated 7/29
This past weekend, Chris played in the New York International at the historic Marshall Chess Club in Manhattan.   In this 9-round FIDE rated tournament, Chris played well, scoring 6 out 9 without a single round loss and his FIDE performance rating was above 2450, giving him a chance to clinch an IM norm.  However, he needed to play against one more player from a foreign country, according to FIDE policy.  But, his US chess rating crossed over 2400 and reached a new peak of 2410, the first CCL player to cross 2400 and currently the highest rated player in Ohio!   The previous high was held by Walker Griggs at 2398.  Chris is getting primed for perhaps the biggest tournament of his life, to compete in the US Junior Championship (Invitational).  Right now Chris is in Ecuador,  competing in the Pan American Youth U-18.
John Hughes who has been in semi-retirement while going to college came back participating in the same tournament.  John also had a strong result, bringing his rating up to 2314, five points short of his all-time high.  John is now working in information technology (computers) at Blackstone and living in The East Village of NYC.
It is great to see these strong results, but what brings the biggest smile to my face is hearing that CCL players met in a distant international tournament and were supportive of each other.  Chris was happy to meet the Hughes family in family in New York.
7/29 updated
Chris is on an incredible roll right now.  First he wins the US Junior Open, then he has an IM level performance at the New York International and now he just finished clear second in the U-18 section at the Pan American Youth Championship in Guayaquil, Ecuador.  US Chess will have a detailed report later about this tournament. 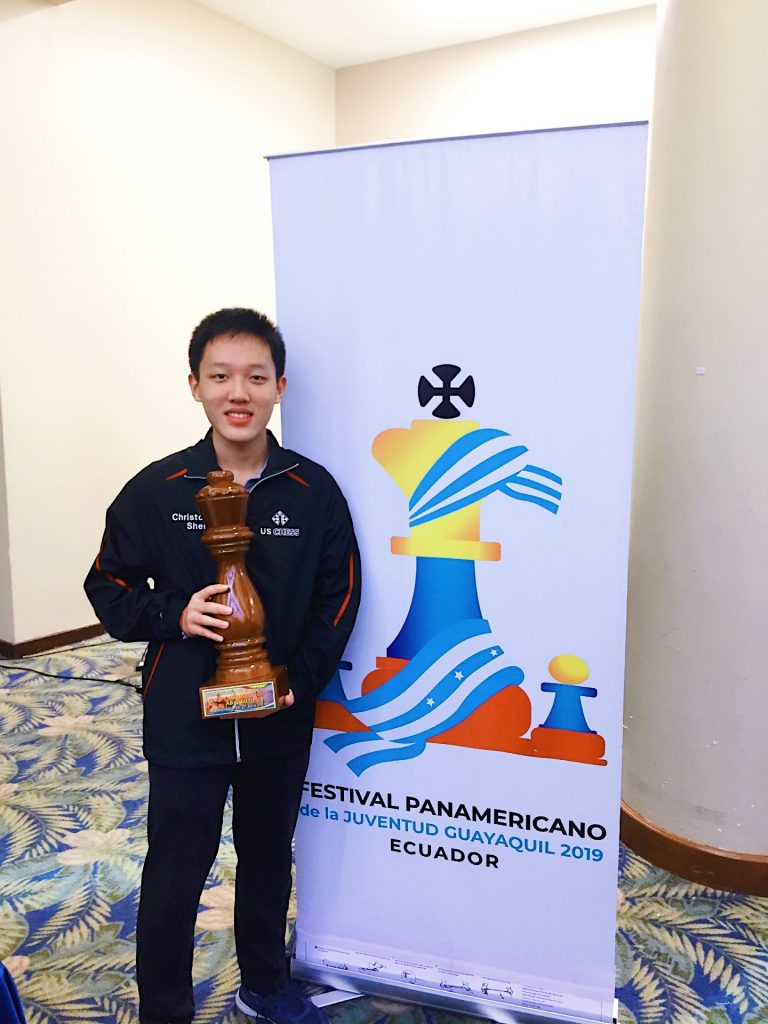